Bolton, UK – Hall Stage has recently completed a programme of renovation work at Bolton Octagon Theatre, removing the old grid and installing a highly customised series of angled SkyDeck™ wire grid panels in under 5 weeks. SkyDeck™ is installed in hundreds of venues around the USA and an increasing number of UK sites. 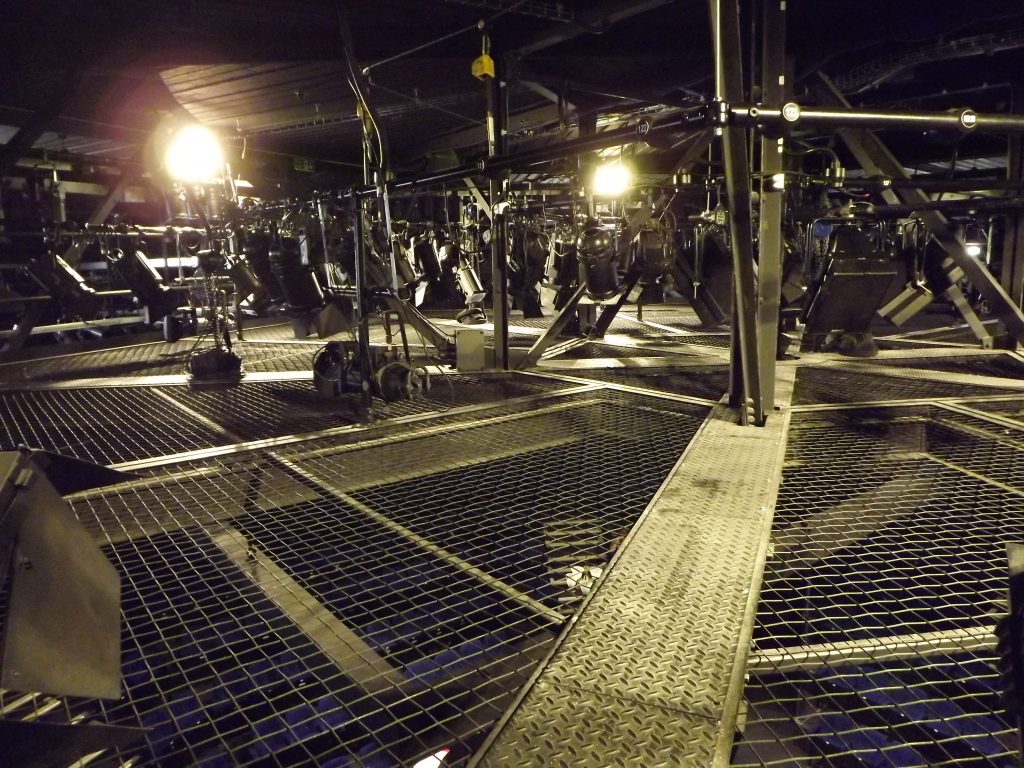 As part of extensive upgrades to both front and back of house facilities, the Octagon contracted Hall Stage to address serious issues with the existing technical grid, which had been installed in 1967 when the theatre first opened.
With its open-space design and intricate structural steelwork, planning for the install was complex and challenging, calling on highly skilled surveying, draughting and fabrication staff prior to delivery

Existing walls had to be demolished, the dock loading doors made wider, heating pipes removed and re-routed and all the existing LX and sound trunking stripped out to leave a ‘bare’ surface of universal beams. Hall’s Installation Manager Dan Murray: “A total of eighteen SkyDeck panels were hoisted into position & fixed in place in just a few days, leaving a completely even working surface with no unintended gaps….!” 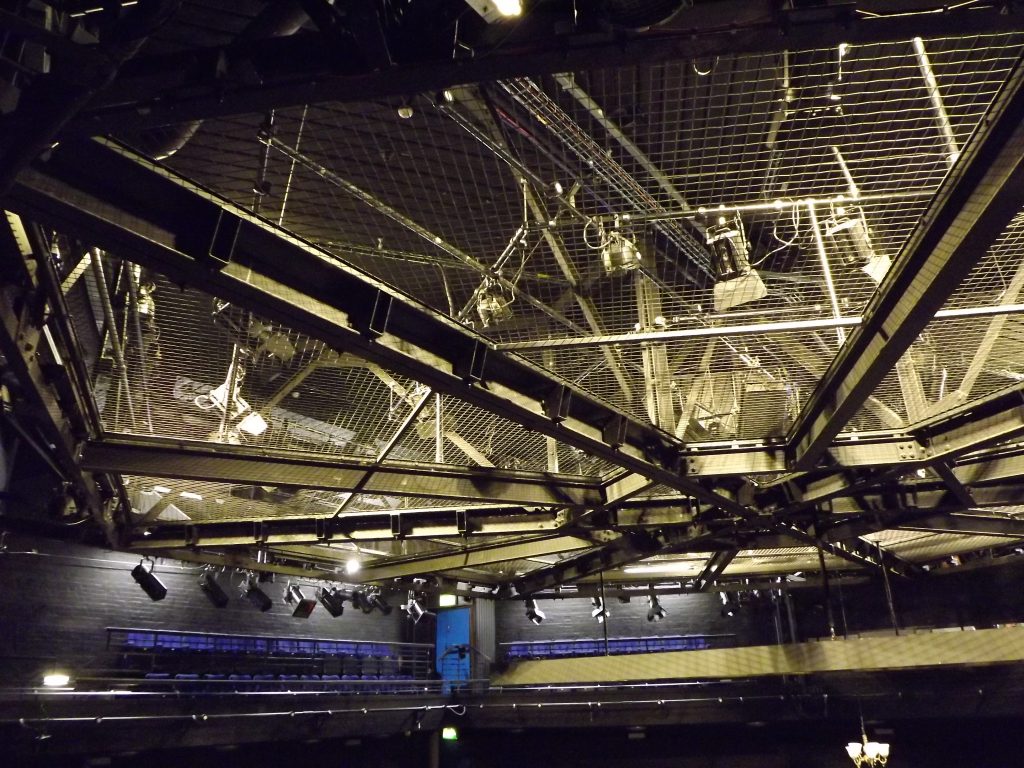 A special ‘doughnut’ was designed to go around the main central column and the whole install had double perimeter handrails and kick plates to finish it off. A series of hinged panels were included, allowing theatre staff to simply raise and lower speakers, lanterns & the occasional bit of scenery to the upper levels as required.

With its high load carrying capacity of 2kN/M², trip-free level finish, 50mm pitched bed and ease and speed of install, SkyDeck™ answers all of the problems in this most complicated of spaces, offering fantastic value against comparative products & a massive improvement in safety for all technical staff.