Everybody is familiar with the metaphor of “thinking outside the box” as a way to spark creativity and generate new ideas. That type of thinking goes on inside theaters and rehearsal spaces all over the world. Quite literally in those intimate spaces known as black box theaters. Just like the newly operational black box theater that’s part of Northwestern University’s new building in Qatar’s Education City.

The new space was outfitted with a full-coverage SkyDeck™ tension wire grid that comes in over 3,200 square feet. The photo below shows the space with work lights on. 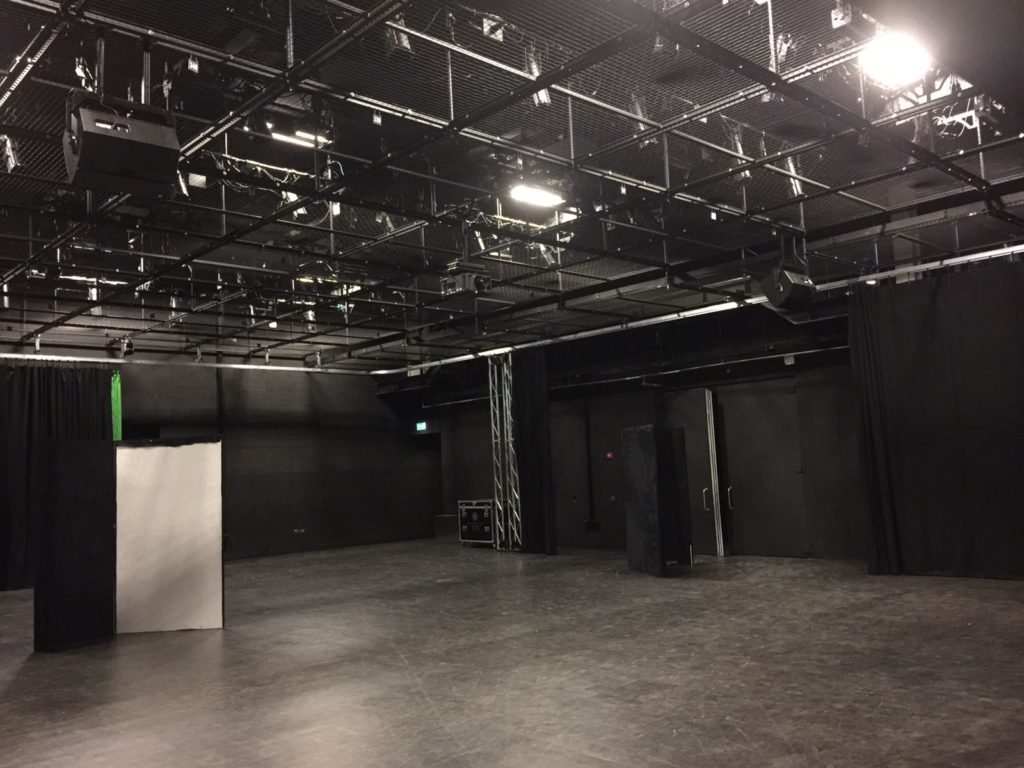 Here’s what the space looks like during performance conditions. Pretty cool how that SkyDeck™ disappears when it needs to, isn’t it? 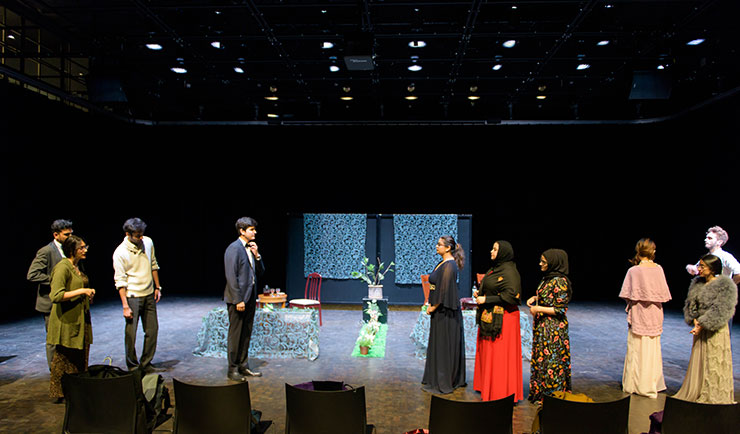 Northwestern moved to their new facilities in Education City earlier this year. It’s one of the largest campuses for media and communication in the world.

One of six American universities to operate in Education City, the four-story, 515,000 square feet facility is a Leadership in Energy and Environmental Design (LEED) Gold certified building. It was designed to echo Qatar’s desert landscape and local culture by renowned American architect Antoine Predock.