It’s not often you get to see the finished venue that you’ve been working on for a fair chunk of time. Especially when said venue is 1,882 miles away. During a pandemic. It’s not often, but it happens!

From design to installation, Greg Fecher, senior designer at IA Stage, worked on Red Rocks for fully six months. From September 2020 through February 2021, he was drawing the 88-panel modular SkyDeck™ that was part of the renovation of the storied venue’s new roof. (You can read more about the complex renovation here.)  Red Rocks reopened with the new roof in April 2021, but due to the pandemic, many concerts in the 2020 and 2021 seasons had to be cancelled and/or rescheduled.

As it turns out, Greg, along with his wife and a couple of their friends had a weeklong trip to Lake Tahoe planned for August 2021. Greg and his friend decided to take a sort of boys’ road trip to see some of the surrounding area while their wives enjoyed Lake Tahoe.  At that point, large events were getting back on track, so Greg routed their return to Tahoe through Denver. He was able to schedule a tour of the newly renovated roof during the load in for the Big Wild show, and he and his buddy got to attend the show that night!

What did he think about seeing the new roof and getting up on the grid? Greg said, “It was great being able to finally get on a completed grid that I designed. I’ve been wanting to do that since the first one I did back in August 2012.” Almost a decade passed before he was able to stand on a SkyDeck™ that he designed in a completed venue.

When I found out that he was going to be up there, I had asked Greg to see if he could talk to the crew. He wasn’t able to spend a lot of time with them, as they were loading in a show and an opener, but, “The crew I was able to speak to loved the SkyDeck. It definitely made their jobs easier,” he said.

Touching base with Tad Bowman, Venue Director, earlier this month about how the crew was adjusting to the new grid, his statements were definitely in the same ballpark as Greg’s. Tad said, “Things are going really well.  I think they are going so well that everyone adjusted to the new roof in a very short period of time. It certainly better accommodates the shows we have [coming in]. I think things are going very well and the new roof has been a big success.”

After everything that’s been said about Red Rocks, I had to ask Greg if it was everything everyone says it is. His response, with no hesitation, “That and more. The atmosphere before and during the show was phenomenal.” If the photos of the show he shared with me give any indication, it was phenomenal! 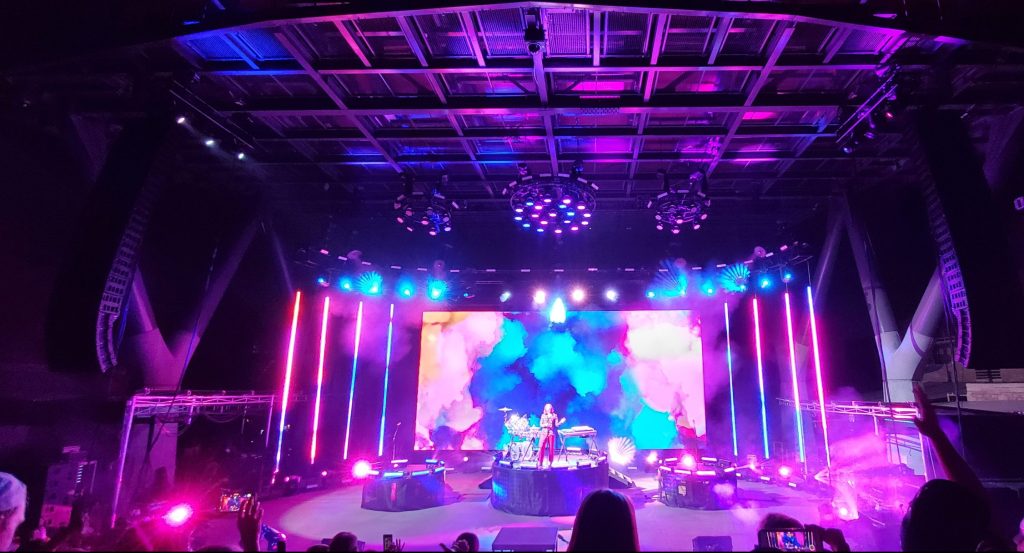 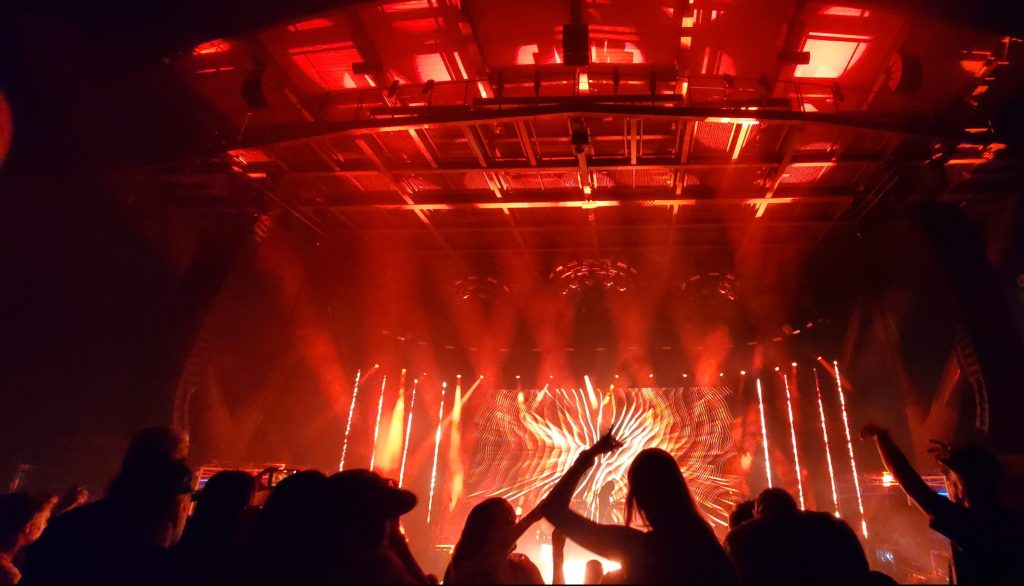 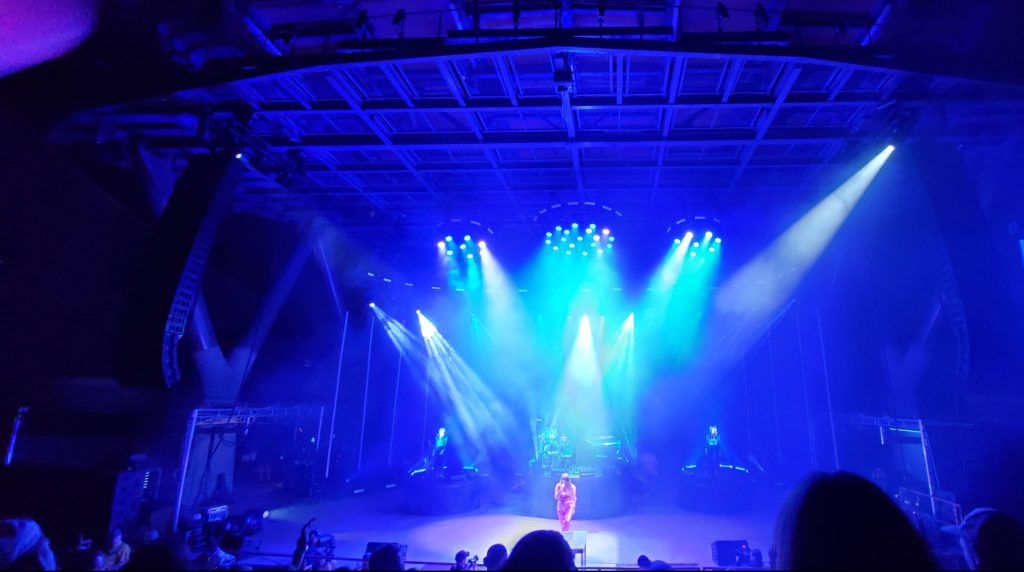